Employee of the Quarter: Kristy Wilhelm 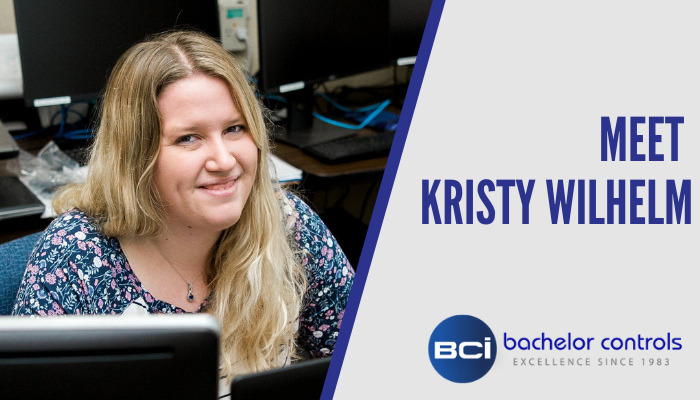 Born and raised in Seneca, Kansas, Kristy Wilhelm has worked with Bachelor Controls since January 2013. In her eight-year tenure with BCI, Kristy has worked up to being a Senior Software Developer and is an important and incredibly helpful member of the team as indicated by her co-workers nomination.

Her nominator said, "No matter what she has on her plate, she's always willing to help out when needed. She always shows professionalism and goes out of her way to make sure things are done correctly."

As a Senior Software Developer, Kristy is responsible for designing the HMI graphics for projects she is involved in. She also develops and supports BCI's library of VB.NET data collection and batching applications, as well as supporting installations of their customized ERP batching integration solution, BCI CORE complex batching system. Kristy also uses SQL to query data collected by these applications in order to develop reports. She is involved mostly in projects in the food and beverage, pet food, and ethanol industries, and the majority of her larger projects have been in those industries.

Kristy still lives in Seneca, a small town in Nemaha County that borders Nebraska. Seneca was also a stop for the Pony Express, and is also situated right along the Missouri to Oregon wagon trail route. She grew up there with her parents and her younger brother.  She received her Bachelor of Science in Business Administration from Kansas State University in May 2012, majoring in Management Information Systems and minoring in Economics.

Outside of work Kristy loves to travel and actually got hooked when she traveled to a startup for BCI and flew on an airplane for the first time. Her goal is to visit all the National Parks in the United States. In addition, she also loves photographing nature and landscapes. You can usually find her riding her bike or looking for new hiking trails to explore when the weather cooperates. She is also a huge sports fan and her favorite teams are naturally, the Kansas City Chiefs, and the Kansas City Royals. And even though she attended Kansas State University, home of the Wildcats, she admits that she loves the Kansas Jayhawks basketball team. She does not only watch sports, she also plays in various local sports leagues and groups for volleyball, softball, soccer, bowling, and even pickleball. 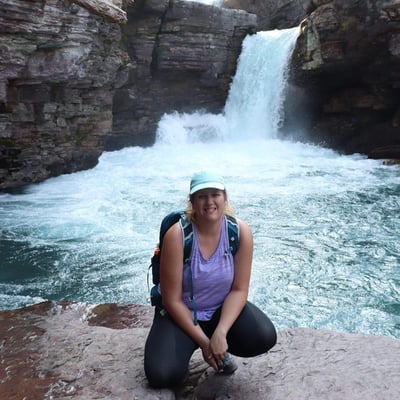 Kristy is very crafty, and loves baking, painting, and finding other Pinterest projects she can do with her friends. Kristy considers her best friends to also be family, and she loves being the "fun aunt" to their kids. She also calls herself a "bookworm and movie enthusiast." She volunteers at their small local movie theater and says "I am in charge of their social media and I make some of the best popcorn in town."

When asked what she likes best about working at BCI, Kristy says, "One of the best things about BCI is the people I work with. They are a wonderful combination of genuine, caring, sarcastic, and brilliant." She also says she really likes, "seeing a project through to startup. There's a thrill in watching a system startup and begin to make actual product before your eyes when you've only imagined the process throughout the months of design, development, and testing."