Employee of the Quarter: Tim Bishop 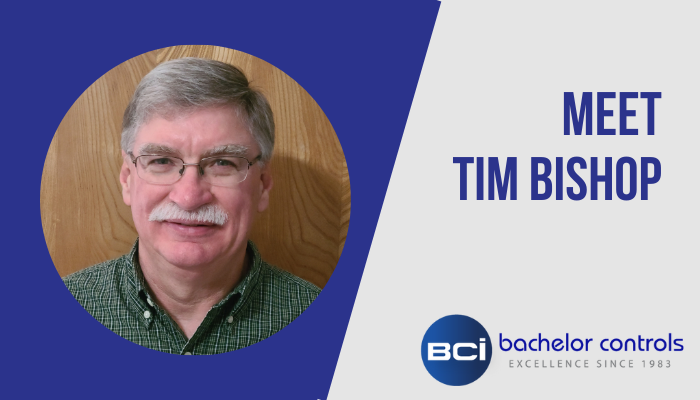 Tim Bishop is our most recent Employee of the Quarter.  To receive this honor, employees are nominated by their colleagues and the finalist is chosen by the management team.

Tim has worked for Bachelor Control, Inc. since 1994.  At the beginning of his career, he worked mostly on electrical drawings and PLC and HMI programming.  He continues to work on those tasks, but he has also taken on project management and training newer engineers. He has worked on a number of projects for our major food and beverage customers including Wild Turkey Bourbon.

There was a short 3 year period where Tim left and worked for a couple other companies closer to home.  But Ray Bachelor reached out to Tim to ask if he’d be interested in returning to BCI.  Since that time, he has worked from home in Pittsburg, KS.

“I like working with my fellow employees and the many customers that I have met over the many years working for BCI,” Tim said.

He has been married to his wife, Melinda, for 26 years.  They have two children “and one beautiful granddaughter”, he says.  Both of his adult children are married and live nearby.

Outside of work, Melinda and Tim I like to take their fifth-wheel camper and our two rescue dogs camping. “So far, we have been to Florida and Mississippi camping. Next year we are thinking about heading for South Carolina,” Tim said. “I enjoy spending time with our wonderful granddaughter, hunting, fishing and of course camping.”